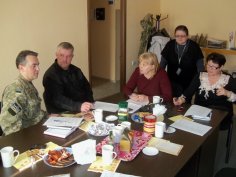 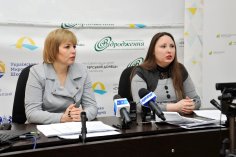 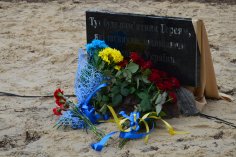 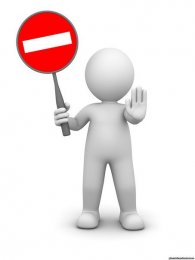 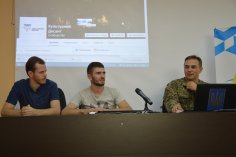 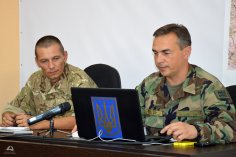 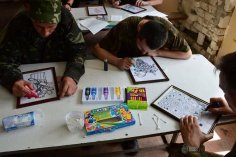 On the eve of the celebration of the 70th anniversary of the Great Patriotic War in the city park of Glory the tank was painted. This action was made possible with the support of Ukrainian peacekeeping school. Representatives of the organization together with local activists are trying to recover as many monuments to Soviet soldiers as they can in different cities.